Kahlil Gibran was a Lebanese-American writer, poet, and visual artist.
Gibran is the third best-selling poet of all time, behind Shakespeare and Lao Tzu.

Gibran is one of the most celebrated literary hero. His best-known work is The Prophet, a book composed of 26 poetic essays. It is it one of the bestselling books in the world.

In this videos i have shared some Beautiful Quotes By Kahlil Gibran.

William Shakespeare (baptised 26 April 1564 – 23 April 1616) was an English poet and playwright, widely regarded as the greatest writer in the English language and the world’s pre-eminent dramatist. He is often called England’s national poet and the “Bard of Avon” (or simply “The Bard”). His surviving works consist of 38 plays, 154 sonnets, two long narrative poems, and several other poems. His plays have been translated into every major living language, and are performed more often than those of any other playwright.
Shakespeare was a respected poet and playwright in his own day, but his reputation did not rise to its present heights until the 19th century. Shakespeare’s work has made a lasting impression on later theatre and literature. In particular, he expanded the dramatic potential of characterisation, plot, language, and genre.

“The course of true love never did run smooth.”

“Brevity is the soul of wit.”

“Don’t waste your love on somebody, who doesn’t value it.”

“Look like the innocent flower,
But be the serpent under it.”

“Go wisely and slowly. Those who rush stumble and fall.”

“No legacy is so rich as honesty.”

“Expectation is the root of all heartache.”

“I wasted time, and now doth time waste me.”

“When sorrows come, they come not single spies. But in battalions!”

“To be honest, as this world goes, is to be one man picked out of ten thousand.”

“Cowards die many times before their deaths;
The valiant never taste of death but once.
Of all the wonders that I yet have heard,
It seems to me most strange that men should fear;
Seeing that death, a necessary end,
Will come when it will come.”

“People’s good deeds we write in water. The evil deeds are etched in brass.”

“If we are true to ourselves, we can not be false to anyone.”

“His life was gentle; and the elements
So mixed in him, that Nature might stand up
And say to all the world, THIS WAS A MAN!”

“Be not afraid of greatness. Some are born great, some achieve greatness, and others have greatness thrust upon them.”

“The fault, dear Brutus, is not in our stars, but in ourselves.”

“My tongue will tell the anger of my heart, or else my heart concealing it will break.”

“Words are easy, like the wind; Faithful friends are hard to find.”

“Doubt thou the stars are fire;
Doubt that the sun doth move;
Doubt truth to be a liar;
But never doubt I love.”

“All the world’s a stage,
And all the men and women merely players;
They have their exits and their entrances;
And one man in his time plays many parts,
His acts being seven ages.”

“This above all: to thine own self be true,
And it must follow, as the night the day,
Thou canst not then be false to any man.”

“It is not in the stars to hold our destiny but in ourselves.”

“There is nothing either good or bad, but thinking makes it so.”

“Hell is empty and all the devils are here.”

“When he shall die,
Take him and cut him out in little stars,
And he will make the face of heaven so fine
That all the world will be in love with night
And pay no worship to the garish sun.”

“Conscience doth make cowards of us all.”

“I love thee, I love thee with a love that shall not die. Till the sun grows cold and the stars grow old.”

and quotes and words

of men of long-held fame:

men who from centuries past

still are speaking to me.

are brought to life

It is with pleasure that I read

and dwell on words

that from the past,

speak to me the most.

for being you, and bringing

light to bear on these

great artists, who through you, 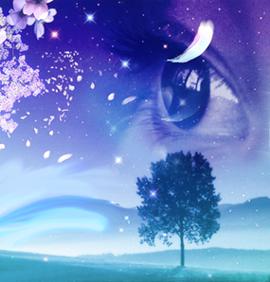 We are all dreamers creating the next world, the next beautiful world for ourselves and for our children.
Yoko ono

while i was reading the alchemist by paulo coelho, i came across a beautiful line…

”DREAMS ARE THE LANGUAGE OF GOD”
if he speaks in the language of the soul ,it is only you who can understand.

John Lennon once said: “You may say that I’m a dreamer, but I’m not the only one…”

Albert einstein dreamed of a body travelling with the speed of light and after his hard work he developed the theory of relativity.
Wright brothers dreamed of a flying machine and they came with the discovery of airplane.
similar to these there are many stories of dreamers who followed there dream and lived them.
so the dreams are the things which help you to realise your destiny and your reason to born on the earth and the life is generous to those who follow there dreams.

But to dream of any thing is only the begining and to turn them into reality you have to be awake.

Poors are truly free when there needs are few.

self help is the best help.

Slow and steady wins the race.

Beauty is not skin deep.

A little knowledge is a dangerous thing.

Wisdom is nothing but earthly common sence.

It’s never too late to learn.

All are equal in the eyes the of the law.

Necessity is the mother of invention.

Now is the time to live.

A book is a good friend when it lays bare the errors of the past.

A coconut shell full of water is a sea to an ant.

A dog always bites under the knee.

A harvest of peace grows from seeds of contentment

A foolish bride gets no presents.

Be like a camel , carrying sweets but dining on thorns.

He who has a true friend, has no need of a mirror.

Hypocrisy is a homage that vice pays to virtue.

He who has come through the fire will fade in the sun.

If not today — when?

If you can’t give any sugar then speak sweetly.

The answerer is inferior to the asker.

Though the snake be small, it is still wise to hit it with a big stick.

You cannot separate water by beating it with a fork.

You must answer the devil in his own language

At the present juncture,India and the wholr world are keyed up for fighting the menace of terrorism and corruption.a blend of firmness and civilised behaviour is required to tackele the probleme.If terrorists do not get the support which they normally  get from misguided people and grievances which provide fuel to terrorism are suitably addressed terrorism will dry up.

Prejudice in our mind is the source of all the divisions,which result in war,poverty and exploitation and delution makes people persue false aims. It is therefore important for us to make right ful thinking a supreme object of our lives.The right understanding of things and people can not come only by reading best selling books or inspiring talks,this can be devolope by doing good things which we think and preach.

A man pleaged to treat the path of truth is never defeted ,because he does not fight for him self,but for the good of the society,so every step taken by him takes the humanity a step nearer to the good and beautiful.

LET US MAKE OURSELVES USEFUL TO THE SOCIETY……………..